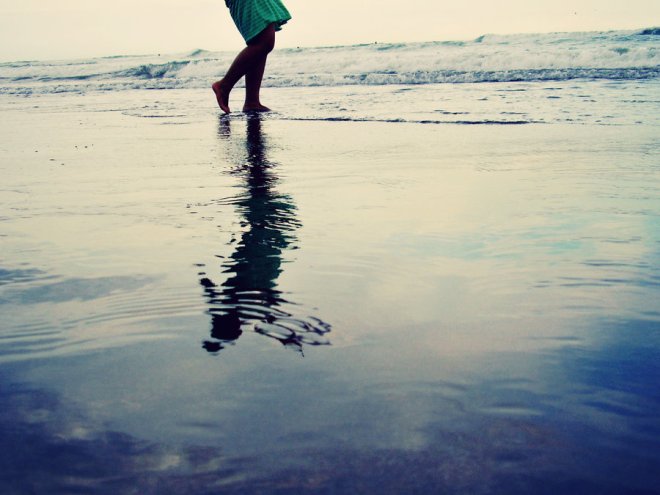 1.  Heart to Tell- The Love Language

The Love Language only broke onto the music scene last year, with the booming summerly lo-fi anthem Lalita.  Heart to Tell doesn’t change up the style too much, though it benefits from a real studio production, a jaunty little number and something you could totally see She & Him cover in the future (hint hint), the hooks are strong, the arrangement bespoke in reverb and upbeat percussion reserved for only the greatest of summer anthems.

Heart to Tell- The Love Language

2.  Paradise by the Dashboard Light- Meatloaf

The story goes that when Meatloaf and songwriting partner Jim Steinman presented this to the legendary head of CBS Records, Clive Davis, he reportedly told them “Do you know how to write a song? Do you know anything about writing? If you’re going to write for records, it goes like this: A, B, C, B, C, C. I don’t know what you’re doing. You’re doing A, D, F, G, B, D, C. You don’t know how to write a song… Have you ever listened to pop music? Have you ever heard any rock-and-roll music… You should go downstairs when you leave here… and buy some rock-and-roll records” The record, Bat out of Hell was rescued by Todd Rundgren and this song became one of the most dynamic rock songs about teenage loving of all time.  It’s arrangement scope is breathless, going from from 50’s styled rock to funk and featured innuendo delivered through a baseball radio broadcast.

Paradise By The Dashboard Light- Meatloaf

In this song, relative unknown Wilson manages to capture the the heavy melodic styled piano rock of Coldplay without pandering to the self-centered lyrical perspective that Chris Martin often incoporates, the arrangement is full of dynamic buildup and crescendo and the vocal performance is perfectly delivered.

With a acoustic guitar hook that sounds like the lost brother of Paul McCartney’s “Junk”.  Dawes delivers this new song in beautiful organic simplicity, and with glorious harmonies that make them sound the heir-apparent to The Eagles.

All My Failures- Dawes

Love the arrangement on this one, the energy and arrangement come off like a Strokes song, but it’s been awhile since the Strokes have made something this perfect.

Look Inside- The Dig

This light banjo driven number is at once both humorous and nostalgic, imagine if R.E.M. was less depressing and more country-driven and this would be the result.

Cody Chestnutt hasn’t delivered a vocal performance like this since he guest performed on The Roots’ “The Seed (2.0), this song is comes off hymn like, toeing the line between Marvin Gaye and Curtis Mayfield timbre.

It is in this blogger’s honest opinion that Aretha Franklin never sounded more powerful and passionate than on this little known number, a slow-burner that features Aretha Franklin on the piano herself.

Of all the well documented attempts of actor/singers and vice-versa, Jason Schwartzman’s one man band Coconut Records is by far the most talented. And that’s no limited qualifier either, Coconut Records is one of the best current bands out there.

Of all the instruments featured in The Beatles, forget Ringo’s drumming, their use of piano is their most underrated.  Piano is the driving force behind many of their greatest songs, and both Lennon and McCartney were talented in different ways with the instrument (Lennon more percussive, Paul McCartney more melodic) let alone the impact George Martin, their producer, (who plays the solo on this song) had on it, a talented pianist in his own right.  On “Good Day Sunshine” the piano makes the jaunty summer number really come to life through its compressed boogie-woogie sound.

The slow breezy sway of the arrangement really makes the summer come to life in this song, with the vocal performance delivered to perfection by Frank in his inimitable way.  This song, in its majestic style, belongs in the opening to a movie, preferably over a black and white landscape of a city, filmed from a blimp, slowly drifting down til it reaches the main character.

This song will come as a perfect upbeat punch to follow up Summer Wind, the arrangement much tighter and warm, and one of the songs that put this great indie band on the map. Simply and utterly catchy.

I won’t lie, I’m not a fan of Paul Simon’s musical style during the hushed days of Simon and Garfunkel, but he really started to shine during his solo career, and this titular track of one of his finest LP’s, the Soweto inspired Graceland features beautiful warm instrumentation and great lyrics.  It’s not humanly possible to be upset listening to this song.

15.  Under My Thumb- The Rolling Stones

This early Stones number has a perfect summer arrangement, a miramba lead melody and some great reverb and a great vocal performance by Mick.  And that bass line provides a great groove.

Under My Thumb- The Rolling Stones

A very early Beatles song, albiet a cover, with a very summery feel.  The rhythm instruments drenched in reverb and a great vocal performance by Ringo to boot.  Just an all around fun song that really showcases The Beatles ability to cover their influences.

18. You Don’t Mess Around With Jim- Jim Croce

When it comes to the mystique of rock and rolls history of stars who died too young, Jim Croce does not usually make the list, however his lyrical ability and warm vocals should have made him a greater star in the singer-songwriter dominating 70’s, and this number is one of his most fun songs, both in melody and lyrics, after you don’t mess around with Jim.

You Don’t Mess Around With Jim- Jim Croce

Bill Withers turns the Paul McCartney penned masterpiece into one of his own, and really brings out the gospel in the arrangement.  A church organ and some light percussive tamborine and acoustic guitar are the only backing while his vocals take the real melodic spotlight.

Let It Be- Bill Withers

20.  Got to Get Better In A Little While- Derek & The Dominoes

Eric Clapton’s career has spanned many decades, many bands, and many styles, but his short-lived early 70’s group Derek & The Dominoes is perhaps my favorite, his guitar playing and backing band are top-notch and this little grooving number, a considerably lighter song than the rest of their output, is a fun little romp.

Got To Get Better In A Little While- Derek & The Dominoes

What better song to end on than one of the most perfectly constructed guitar songs of all time.  Simple and beautiful.