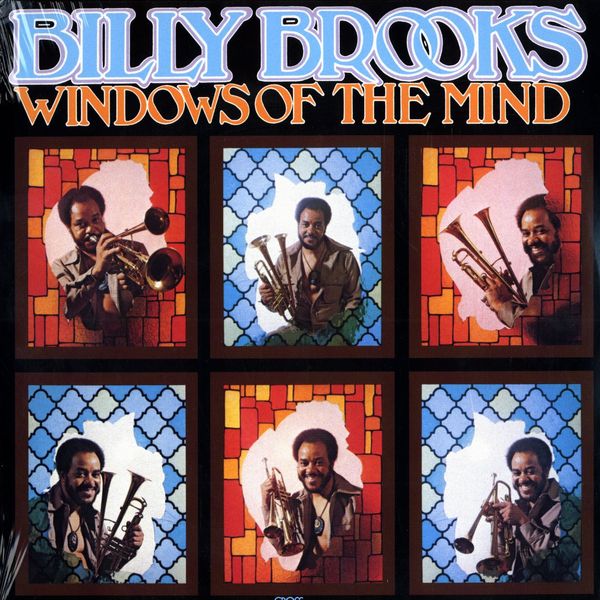 It’s very uncommon to find someone who actually knows Billy Brooks, ask people around, even musical people and they’ll probably respond with “Who?” This is nothing new in music, there have been countless talented musicians littered along the path to fame. Yet his impact on music should not be put to waste.

Billy Brooks had mostly gained notoriety as a sideman among fellow musicians, having played for the likes of Ray Charles and Tina Turner and also pioneering his own patented double barreled trumpet giving him a wide range of sounds that he could produce from the horn.

His album, Windows of the Mind would come out in 1974, boasting a jazz-funk groove that many before and after had tried in failed. The genre had seemed doomed to fail, jazz purists would cast off the funk influence as too simple, and those who liked funk didn’t like the jazz fusion involvement.  Somehow Billy Brooks manages to meld the best of both worlds.

Take “C.P. Time”  a slow burning jazz burner for the purists out there with some great horn and lead guitar work along with Brook’s fantastic trumpet improv.

There’s also “The Speech Maker” who’s soaring horn lines and moving rhythm beg for it to be cast in a soundtrack for an old school caper, or a Bond film.

Then there is the rollicking funk of Rockin’ Julius, with its pounding bass and foot-tapping rhythm.

Then of course, there is “40 Days” a song which was by far Billy Brooks lasting influence, a perfect jazz-funk meld that would later be sampled to perfection in A Tribe Called Quest’s Luck of Lucien, it’s a shame that ATCQ only brought attention to the song’s great groove, because the solos on here are sublime. I also made a remaster of this track to give it a more live sound, it’s up to you whether you dig the gritty 7o’s production or one that gives the horns some air to breath:

Overall, Billy Brooks proves to be a great arranger and this is a must have album for anybody who likes jazz or funk. All the downloadable tracks above, plus some bonus ones, including a fantastic remix of “40 Days” are all here  after the jump.