On August 25th, 1975, Bruce Springsteen’s musical career changed forever. Born to Run was a triumph of encapsulating the motifs of the American Dream, the hope of the future versus the world weary reality, the desire to make something out of nothing and never look back, audiences took to it immediately and a star was born.  Many thought that this Jersey boy had come out of nowhere (he had) and that this was a stunning debut (it wasn’t).  The genius of Born to Run lay in its absolute desperation, it’s all or nothing grandeur that was indeed the result of an artist taking his last shot at stardom, doomed to fade to obscurity if he failed.  The tales that came out of this recording were legendary, it took two years to make the album, with a good 6 months spent on the title track, complete with 12 guitar overdubs and a change in production and management halfway through.  The guitar slinger from Jersey had finally found critical and popular success, yet Springsteen had already touched upon the themes so heralded in Born to Run, and it was The Wild, The Innocent and the E Street Shuffle that had brought him there. 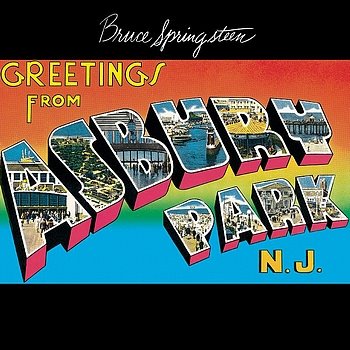 Music talent scout John Hammond had found the young man from Jersey 3 years prior, in the midst of Columbia Record’s desperate search for a “new Bob Dylan” and immediately set about releasing a debut record which would be entitled Greetings from Asbury Park, N.J. only to have it fall on deaf ears, despite its critical success.  Part of the problem lay in the label’s handling of Bruce Springsteen’s talent, they wanted it to be a solo effort, while Springsteen wanted a full band effort. The result was a split down the middle, and it was clear that Springsteen flourished more with a fleshed out sound, the two full acoustic numbers “Mary, Queen of Arkansas” and “The Angel” are probably among the most dispassionate releases in Springsteen’s catalogue and out of place among the Technicolor musical lyricism that brought numbers “Blinded By The Light” and “It’s Hard To Be A Saint in the City” to life.  "The New Bob Dylan" couldn’t have seemed like a worse label, Dylan had made his craft with confessional poetry and folk.  Springsteen seemed more like the nighthawks and the beatniks, choosing his prose to illustrate characters and crafting novellas, not narratives. Undeterred by the pressure of his label, and perhaps even more motivated by his lack of success, Springsteen would enter into the studio again and in a matter of months come out with his most vivacious release in his career, The Wild, The Innocent and The E Street Shuffle. 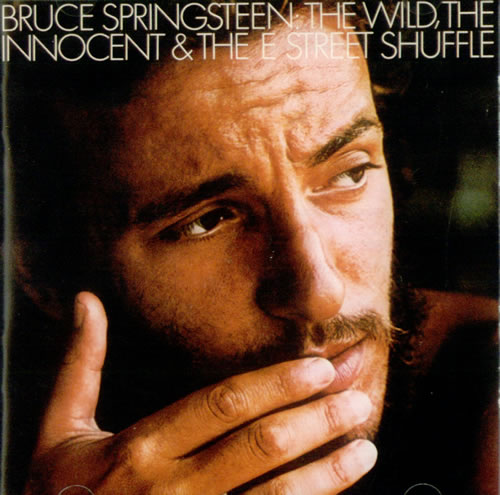 What makes The Wild, The Innocent and The E Street Shuffle such an interesting case study is it’s a combination of the  joys of youth and the recognition of its mortality.  Never again would Springsteen show as much youthful swagger and intensity as he would here. Even more, it’s a concept album, never again would the joy, the doubt, the passion and anger of one’s teenage years play out so well on a record.

It all begins with “The E Street Shuffle”.  Imagine the black of a movie screen right before it bursts into color. Its truly a block party come to life with funky clavinets, swaggering horns and character names straight out of film noir. In many ways “Shuffle” is a precursor to “Tenth Avenue Freeze-out, Power Thirteen equal to Bad Scooter, both searching for their groove. Everybody form a line indeed.

“4th of July, Asbury Park (Sandy)” is a gorgeous ballad that follows, shedding a light on the influence for the album title. The Wild, The Innocent was a movie that shared Springsteen’s theme of naive adolescents striving towards adulthood, moving from a small town to the city.  It’s no coincidence that the character shift takes place during a party held during the 4th of July. And the actress playing Rosalie? None other than Sandra Dee.

Lust could be a more apt title for the jazzy and energetic “Kitty’s Back”. Bruce’s guitar screams passion, while the horns and jazzy organ and propulsive drum-work all collide in a kaleidoscopic frenzy that would fall apart under a lesser band, but the dynamic’s here are top notch and the music really illustrates the hopelessness of the narrator to his situation when he croons “Oh, what can I do?”

There’s an abrupt change of pace with “Wild Billy’s Circus Story” where Bruce tries to put on his best Bob Dylan cap.  I think it was a mis-step to open the song with a tuba, it was sure to scare off most people at the beginning of the song which is a shame, because “Wild Billy’s Circus Story” turns into one of Springsteen’s better narratives and one that would be much more appreciated in the hands of someone like Tom Waits. The choice of setting is no coincidence either, the circus is a crossroads of innocence and adulthood, separated merely by the workers and the watchers,and I think that’s what Springsteen was going for here.

Few songs in Springsteen’s catalogue can match the pure beauty of “Incident on 57th Street”. The intro is a delicate ballet of piano and electric guitar that tip-toes back and forth before bursting to life, foreshadowing the dance the doomed characters of Spanish Johnny and Puerto Rican Jane. There’s so many good lines here and all the bluster and romanticism coupled with the stasis and desire to make something that comes with growing up is packed into this almost 8:00 song, even the backing harmonies (which you rarely hear on a Springsteen number) are beautiful. And then like a dream, the piano drifts back into the frame, setting the stage for one of the most legendary Springsteen songs ever.

Music can barely contain the feeling that comes with “Rosalita (Come Out Tonight)”, you know that it’s just going to be packed with energy from the beginning. The music is the soundtrack to all the best nights you’ve ever had rolled into one, propelled at such a break-neck speed that it’s utterly baffling to imagine how this band contained it. Can you just imagine being in the studio for this? It’s more than lust as the narrator says “Baby, you’re my strong desire” though the sexual notes in the song are a strong influence. Case in point “blind-man’s bluff is a little baby’s game” could easily be interpreted as such that the amateur fooling around of teenagers (the game is about one being blindfolded trying to touch people) is no longer enough to satisfy. In fact, I think that is the point. Sexual rebellion plain and simple, but rarely has the musical interpretation seemed more fun than the  activity itself.  It’s also interesting to note that Springsteen takes a line from Vergil here, “Someday we’ll look back and it will all seem funny” effectively equating the foundation of Rome with sexual liberty.

The last song “New York City Serenade” is both a fitting ode to New York City and a swan song to one of the E Street Band’s founding members, David Sancious, the pianist who puts on a dazzling display in the intro to this song, ranging from jazz blues to classical and back before teaming up with Bruce’s acoustic guitar in a heartbreaking duet. The narrative fleshes out a young man Billy, as his transformation from naive youth to young adult takes hold. Life, like New York City, the narrator says “is a mad dog’s promenade, so walk tall, or don’t walk at all”.  The arrangement is dazzling, with sounds of the city and changes all over the place and it’s a fitting goodbye to youth. “Save your notes, don’t spend them on the blues boy”

So why did I choose this album?

Too often, the myth of Bruce Springsteen begins “After two critically acclaimed but commercially unpopular albums…..” and while that may be true in popular acclaim, The Wild, The Innocent, and The E Street Shuffle is a fantastic album and full of everything that made Bruce Springsteen a talent for the ages. While it might not have had the grandeur of Born To Run it is a much more authentic portrait of the odyssey of youth breaking into adulthood, the yearning, the romanticism, the sexual desire, nothing is glossed over here. Not to mention the arrangements on all of the songs here are fantastic and it brings up a fascinating what if? What if this album had been successful? After The Wild, The Innocent, and The E Street Shuffle Springsteen’s arrangements would never go for this vivid approach. Springsteen is one of the few artists that got less complex in musicianship from his debut onward.  The E Street band here is in top form and while it doesn’t feature the bombast that would be their key signature on later albums, they show a clear mastery of musicianship that doesn’t rely on studio trickery.  Not to mention Springsteen was a youthful 23 at the time, playing beyond his years.

It’s truly a fascinating album, Springsteen’s influences are ripe here, with the wordplay of Pulp novels and West Side Story, the switchblade knives and ne’er do well youths, the films of the 50s and the blinding romanticism of there will be something better while looking back. There’s nothing else quite like it on any other musical album.