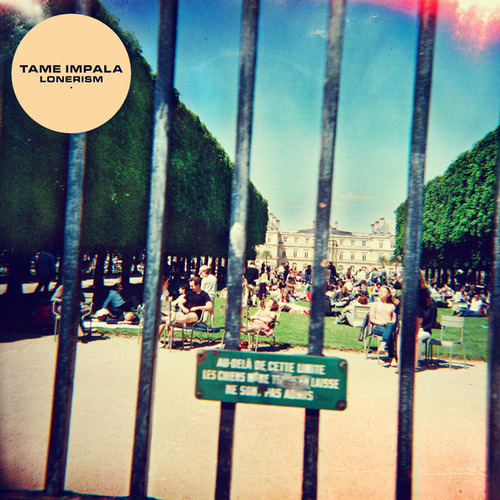 Music at its most powerful can be poetic, or completely transformative. Poetic in the sense that it reaches deep down into the human psyche and exposes our passions, our hopes, our discontent, our heartbreak. What makes music transformative is when it shifts all that comes before it to create a new experience, a new world that people can inhabit with one sense to create all of them.  By this standard, Lonerism, Tame Impala’s latest LP exhibits both.

It is important that I address that music is never of a complete vacuum; The Beatles Sergent Pepper’s Lonely Hearts Club Band was an album that owed to The Beach Boys Pet Sounds as well as music of old dance halls “When I’m Sixty-Four” the emergence of counter-culture psychedelia “Lucy In The Sky With Diamonds”, indian mysticism “Within You Without You”, even the trend of old style traveling band names that had become popular like Country Joe and the Fish “Sgt Pepper’s Lonely Hearts Club Band” . It was the synthesis of all these elements that made it such a powerful album.

One of the most intriguing, and mind-blowing songs on that album is the previously mentioned “Lucy In The Sky With Diamonds”. In a time where psychedelic music rarely tried to define anything more than the here and now, often weakening their effect by relying on a decidedly unholy grouping of odd sound effects (a process that significantly dates most psychedelia of the time). Rather, “Lucy” decided to create a whole new world, a new language of intense imagery that left an indelible mark on the listener, bringing them to a surreal world that nonetheless seemed real.

In todays music world, it is nearly impossible to identify a band in the context of The Beatles success. It won’t be repeated, the musical world is too vast and populated for one band to dominate, but that doesn’t deny a band’s ability to be transformative.

One might shoehorn Tame Impala into the “revivalist” trend, the phenomenon in modern music that found bands like Dr. Dog popular (at least in the indie realm) for being faithful to 60’s music archetypes, being pleasurable because they sound like bands that have come before but with enough subtlety to sound of their own.  But psychedelic rock is too much of a misnomer for a band to truly be “revivalist” in that sense.  Yet when Tame Impala’s first LP, Inner Speaker came out, musical critics and listeners alike had no better context to identify what they were hearing.  There was abundant flange, the analog booming sounds of drums that were more loud than crisp, bright vocals that bounded with a “Leslie” rotating speaker effect, but it still felt weak, a lovingly made copy that was too dependent on replicating the garage-psychedelic sound.

Then, there’s Lonerism. “Be Above It” is quite an opening statement. a single line of “gotta be above it, gotta be above it” melds into the syncopated rhythm of a drum beat, off hand guitars bubble in the background before Kevin Parker’s eerie vocals flutter in, eerie in it’s similar timbre to John Lennon, that repeats the mantra of self-reliance “And I know that I gotta be above it now/ And I know that I can’t let them bring me down”. It’s repetition is not so much ingratiating as it is identifying. But even that cannot quite prepare you for “Endors Toi”

French for “You Sleep”, Parker begins to establish the dream landscape that will dominate the overall sound on the album. Beginning with a wavy guitar thats bolstered by a sirenesque synth line and a spiraling keyboard part, the song practically explodes into Technicolor by its fantastic drum line. There’s some fantastic guitar melodies packed in here as if the Jimi Hendrix Experience was back from the dead.

“Apocalypse Dreams” is the first song that begins to take on a traditional structure led by a marching drum beat and a compressed piano line and its a highlight in an album full of them.  While The Beatles film Magical Mystery Tour is making its re-release rounds, it’s really Lonerism that lives up to that billing

What’s perhaps most astounding is that Kevin Parker by and large handles all the instrumentation on the album by himself, but rather than have a result that bleeds ramshackle home-spun indie charm (a la Ram) Parker sounds like a full band at the peak of their powers. Though the comparisons to Lennon are unavoidable, Parker’s melodies are more reminiscent of his partner, McCartney. Take “Mind Mischief” which features a guitar lick that could have easily been a McCartney outtake, but harmonies that sound like Lennon and McCartney are back together again, it’s quite disarming.  If Lennon had continued to express his more psychedelic side and stayed with McCartney, this might be the closest thing we have to imagine it.

It’s refreshing that Parker is able to create these ear-catching melodies almost out of nowhere. Sure, they won’t be leading a top 40 song anytime soon, but they aren’t contrived, they don’t try to sound massive.

If there were any doubts of Tame Impala’s love for 60’s psychedelia, look no further than their latest video for “Feels Like We Only Go Backwards”

Kevin Parker is doing what few could attempt to do. Not only has he faithfully picked up from where The Beatles psychedelia left off, but he’s created a whole world within it.  For a man who is so intensely private, his music doesn’t spiral off into self interest, it doesn’t indulge in selfish tendencies, it sounds like the concerted effort of a group.  He’s not afraid to express his own doubts either, as the central theme of the album is loneliness and escapism, which are perfect thematic backdrops for psychedelic arrangements.

Lonerism is a massive undertaking expanding psychedelia into a valid form rather than just “revivalist” for its own sake.  Parker at once manages to sound both solitary (in his lyrics, which are quite poetic at times) and part of a collective (playing all of the instrumental parts save a couple of keyboards) . Even if it weren’t home-recorded, it’s one of the strongest albums of 2012, that it is makes it even more impressive. A must buy