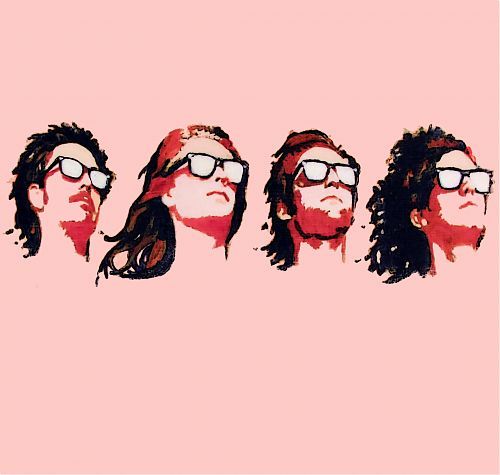 Though their first album came out in 2008, the name Cheers Elephant isn’t likely to ring many bells, despite no lack of talent or creativity. I first heard of them through exfm, which had featured Like Wind Blows Fire as one of its many handpicked albums of the week. I immediately fell in love with their seemingly radio-ready “Peoples”, the song that leads off the album with such a strong note that you fear the rest will be a let down.  Yet as the days went by, I found myself hearing more and more of their songs through shuffling the music on my iPod, and being hard pressed to find a song I didn’t like.  Self described as a “raw, rootsy, psychedelic pop rock quartet,” Cheers Elephant really knows how to write a hook, and delivers a gorgeously produced (though not overly so) record that is sure to make listeners wonder how they haven’t heard this on the radio before.

It’s telling of the modern age of music business that Cheers Elephant decided to do it all on their own, self producing their records and selling them through Bandcamp (and iTunes with Cheers Elephant as their label) instead of through a major label (or subsidiary). With fellow bands Dr. Dog and The Roots and Clap Your Hands Say Yeah! to name a few, it’s becoming apparent that Philadelphia has it’s own burgeoning and fruitful music scene.

One of the hallmarks of successful bands nowadays is their ability to sing, especially to harmonize (Fleet Foxes, Bon Iver, Dr. Dog, Mumford & Sons, etc.) which I suppose has been true since rock really began (The Beatles, The Beach Boys, Crosby Stills Nash & Young) and Like Wind Blows Fire is full of them.  And yes, the 60’s comparisons are inevitable, but they’re also inviting, music is much easier to listen to when it’s got a good voice behind it, with phased out guitar solos to boot.

“Peoples” really does start the album out with tremendous enthusiasm.  Whereas most songs have one hook, “Peoples” is a hook in its entirety. The opening line, the buildup to the chorus, the chorus itself, and the guitar solo/ glockenspielesque piano line that leads the outro are all ear pleasing sonic pleasures of unbridled optimism. And just tell me you don’t hear shades of a happy go lucky Springsteen in the song’s final moments.

“Doin’ It Right” pumps out a rhythm section that would make both Phoenix and The Strokes proud with it’s gleaming guitar riffs, syncopated drums and slinking vocals before bursting into the wide open bridge of Beatle harmonies and Keith Moon drumming on a bender, it’s a tidy little gem of a song that wraps up in under 3:00.

“Falling Out” brings those harmonies out front, with some deliciously weird lyrical non-sequitors like something out of Tommy’s “The Acid Queen” “because the room is completely naked and my teeth are falling out” before a technicolor guitar solo comes out of the woodwork that serves as glorious coda for the songs end.

When John Lennon went into the studio as a Beatle, he often implored George Martin and the recording staff to get an unusual aspect out of the recording, whether he wanted it to “taste like oranges” or “smell the sawdust” or, on “Tomorrow Never Knows”, beg Martin to allow him to be hung upside down on a rope so he could swing around the microphone from above, Lennon wanted an element often forgotten in today’s music, texture.  On “Leaves”,  You can almost chew on those acoustic guitars that play back and forth with the in-the-pocket drums.  Credit Cheers Elephant for entertaining all aspects of a recording; especially on a song as catchy as this one, as the chorus features quite an ear pleasing and tempo changing hook.  Once again, they stick a guitar solo onto the coda though to quite a different result, as the arrangement behind it builds to a cacophony that threatens to overtake it before dropping out again.

“Party On Darwin” on its premise shouldn’t work, with it’s vocal intro and tongue-in-cheek lyrics. Yet it boasts a wordless vocal hook that rivals The Police’s smash “Do Do Do Do, De Da Da Da” but, unlike Sting, is fully in tune with it’s irrelevance. They’re clearly having fun with this one, and it’s to our benefit that they make even the ridiculous sound catchy.

“Get Ya” features some of the best musical interplay on the album, from the rumbling drum intro, to the kaleidoscope of arrangement changes, and it’s a dynamic workout. “Thought And Commonsense” brings back the muscular arrangement of “Doin’ It Right” along with the reason the album has been deemed explicit, with one particular word choice in the lyrics.  On an album this tight, it’s hard to choose favorites, but this would fall among the top tracks of the album,  with the added presence of a horn section, one of the stronger bridges on the album as well as some surprising gender-bending lyrics.

And how about those harmonies on “Little Dog”? Starting out as a rustic acoustic jaunt, this song opens up into Wall of Sound harmonies, and a twist on the love song lyrical staple. It’s really the vocals that are on display here, rivaling Fleet Foxes at their most bombastic, but none of the self-righteousness.

“Like Wind Blows Fire” might be the song I like least on here, but only because it hasn’t tracked up as many listens as the rest of the album. Lyrically, it’s a clever turn of the phrase, expanding on how a liar causes as much harm like wind blowing fire, and there’s some nice studio trickery on here as well.

“Balloon In The City” is the album send off, and quite an artistic music video with it (which you can check out below) but at its heart, it’s the biggest ballad on here, with a catchy acoustic hook and some spacey synthesizer work in the distance and an overall dream-like quality with the warm vocal harmonies that sound like they’re coming from another room. A nice relaxing way to end the album, and on a very strong note.

You might not find Like Wind Blows Fire as a ubiquitous result to many Best of 2012 Album lists, but it just goes to show how much quality music is out there. Cheers Elephant deserves a lot of credit on this one, being a self-release that sounds so professionally produced, and so gorgeously detailed. While they may not have the fame of fellow Philadelphia bands like Dr. Dog, their time is sure to come, and when it does, fans will have a hard time finding a better album of 2012 then the one found here. Why this album didn’t find Top 40 radio play was not for a lack of goods, but a constant reminder that music, as a business, does not always find quality.  So Cheers to Cheers Elephant for putting up the good fight, and producing an album they wanted to produce. For an indie-rock/pop/psych rock / whatever you want to call it album, this is one of the most enjoyable that I’ve heard in a long time.

“Balloon in the City” Video: