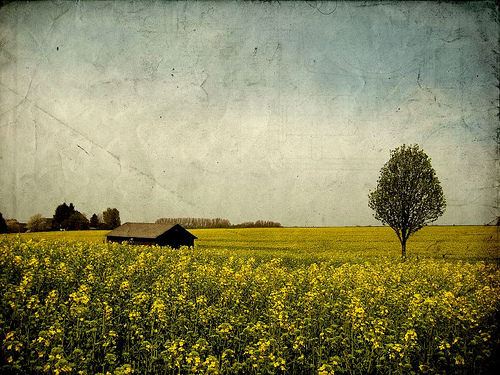 Sorry folks, this mixtape comes so late because my computer almost went down for good, I’m working on it and hopefully all these work.  This latest mixtape features;

A lost classic by Paul McCartney and the Wings

Songs by some great new releases from artists like the Black Keys,Deer Tick, Dr. Dog, and Hacienda

As well as some names you should know if you don’t already like Christopher Denny, Nathaniel Rateliff, Ron Sexsmith, and Blake Mills, among others.

The Mix in its entirety after the jump.

The Who, The Kinks, The Creation? Make no mistake Making Time is worthy of more fame and glory than its current status, the riff is timeless, the production garage-esque and grungy, and its becoming a rediscovered indie darling, lauded by Pitchfork and used in the indie classic Rushmore.

Part Byrds twang, part Bob Dylan/ Bruce Springsteen gruff delivery, full-time audio goodness, and for a song labeled under the country genre, it’s quite endearing and devoid of most country hallmarks.  Even if you hate most country (as I do) this isn’t the CMT stuff, give this one a chance.

This is a song reserved for that feeling you get when it begins to get darker outside, the sun starting to set, and you’re in a barn somewhere, or a dimly lit room, preferably in red, and the bands just starting to groove, you want to go closer to the band, to dance a little bit, if only you could without being embarrassed for your lack of beat.

You’re almost entranced immediately, the Mellotron-esque synthesizer lies in the background, giving hints of Lucy in the Sky With Diamonds, the vocals warm and wistful, and all the sudden the whole bands there, perfectly amplifying and building and complimenting the mood.  The song is a lucid dream within itself

5.  When The Sun Goes Down (Arctic Monkeys Cover)-  Lack of Afro

No, theres no words, but the way this jam goes down it doesn’t need it.

When The Sun Goes Down (Artic Monkeys Cover)- Lack of Afro

Just listen to that guitar, the boy girl harmony, this is perhaps the most rocking song of its type in well, ever.

It’s like a more locomotive re-write of Radiohead’s High and Dry, the arrangement is perfect, with piano, thudding drums, handclaps and harmonies, and perfect dynamics.

Close your eyes and it’s like you’re hearing Dylan doing electric, only better than he ever done, the harmonica doesn’t hurt the similarity either,  for a name that gets thrown around a lot in the singer-songwriter crowd, this is actually an apt description.  After all the man sings about change, something that Dylan did best.

9.  You Should Have Seen the Other Guy- Nathaniel Rateliff & The Wheel

Part comfort and part a release of pain, The National gets a lot of credit for their lead singers way with words and his kind of sing speak, but I dare venture this man does it better.

Once a simple two-man garage blues rock band with a White Stripes bent, The Black Keys have come of their own, with their previous release Attack & Release and now Brothers which is set to release in May.  They possess a darkly psychedelic and driving sound. Dan Auerbach a more powerful singer than ever, and their command of the studio, helped by friend DJ Dangermouse, are at their peak.

Next Girl- The Black Keys

Speaking of Dan Auerbach, he produced this group after hearing a short demo tape, describing them as being obsessed with the Beach Boys.  And of course influence from the Beach Boys is never a bad thing.

Big Echo is so delightfully different from their previous record Talking Through Tin Cans, an absolute joy to listen to.  Stitches comes off sounding parts Radiohead, parts Grizzly Bear, carving out their own unique niche.

13.  Words We Never Use- Ron Sexsmith

If you have yet to hear anything out of Ron Sexsmith’s oeuvre, here is as good as any for a place to start.

Words We Never Use- Ron Sexsmith

A beautifully warm guitar tone permeates through your speakers, carrying the melody and rhythm, beautiful lyrics fill the void, and drums soon come in to take their rightful place, but you never forget that guitar.

History Of My Life- Blake Mills

This could just as easily be an instrumental off of The Grateful Dead’s phenomenal Europe 72′ as much as it a straight up barnstormer in its own right. Hints of Mexicali Blues drift in here and there before the song jumps into a whole new territory.

Its easy to knock on McCartney’s career with the Wings for his silly lyrical output, but Mrs. Vanderbilt, off of the fantastic Band On The Run features one of his strongest melodies and arrangements, lead by a propulsive bassline, and the lyrics, a veiled attack on John Lennon in response of How Do You Sleep, aren’t half bad.

Love the off kilter percussive intro to this song, with strong vocals playing as much a part melodically and instrumentally as delivering the words.  Imagine Pink Floyd converging with Talking Heads and you’ve got an idea of how this band sounds.

The Good Life- The Week That Was

America is often known and maligned for its horrific lyrics in Horse With No Name, Sister Golden Hair on the other hand is strong melodically and lyrically and features George Martin behind the helm.

So, you ask, what does a pop song sound like when its covered by a much better musician?  Well Lissie gives us a taste with her Janis Joplinesque- vocal take and organic arrangement of Lady GaGa.  Sure its not a dance song anymore, but Lissie’s performance gives the words more power.

As great of a song Stranger was, Where’d All The Time Go is perhaps even better on the new LP Shame, Shame. It’s more daring, more interesting, and features that great bright sound that Dr. Dog has gotten so good at.