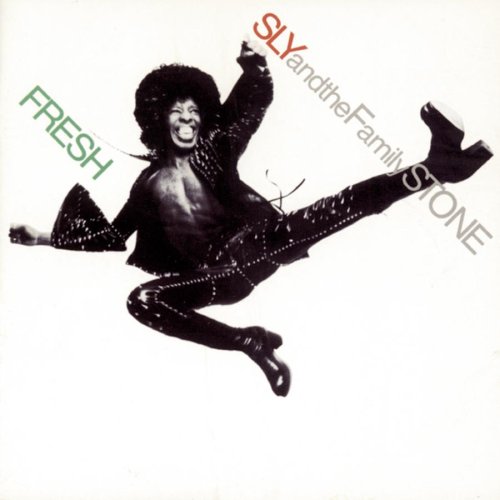 When The Beatles came together for the Anthology series it was easy to assume it was just another cash in (after all the band had been gone 25 years and Apple was still making money off their one band, and they still are).  Real Love was the second Lennon demo that they had been given access to master and do what they please.  But it comes off great, George’s guitar work is fantastic, John sounds fresh and alive, a quality sorely lacking in Free as A Bird, and the harmonies are there along with Ringo’s steady backbeat.

G. Love has been around an awful long time with his hip-hop/blues genre, and while that is no longer novel, G. Love has a knack for production that is the show piece of this song.  Starting with beautifully played piano interwoven with upright bass, it blossoms into nice syncopated drum and acoustic guitar work, the melody is shimmering and the music surrounds you, its not so much his words that have the flow on this song, its the music, though the words are good too.

Slow Club- It Doesn’t Have to be Beautiful

Slow Club is an English folksy rock duo in the She and Him style, except they’re much more bright in their melody and harmony, this song chugs along at a frenetic pace and the singing is wonderful and catchy too.

This song bursts out of the gate with a Motown drum roll but keeps itself low-fi, the melody is insanely catchy and the whole thing sounds like it was recorded on one take, full of life and energy, you can just hear the fun the band is having playing this song.

Q-Tip defied common belief when he continued to have a quality career after the fallout from A Tribe Called Quest’s breakup.  This song has swagger but in ways that Jay-Z wished he had, the back track is funky and D’Angelo’s backing vocals are beautifully arranged, try and hate this song, go ahead I dare you.

Boasting a Simon & Garfunkelesque harmony as well as a feel for Elliot Smith melody, Pete and J (now known as Harper Blynn) are a great up and coming group fashioned in the old style melodies and classic rock production.

Hall and Oates- You Make My Dreams

Sure its old, sure its cheesy, but can anybody hate this song? Its just so damn happy and the harmonies are great

Prince is never conventional, and the cello violin arrangement thrown into this song is a perfect example of his eccentric genius, and no song about this subject matter should be this catchy and the bridge is fantastic. Favorite line thunder chimes out when the lightning sees her kinda makes you feel like a movie star.  Wonderfully done all around song.

Some songs just put you in a mood, overcome with love and memory, this is one of them, the arrangement is sparse and the lyrics are beautifully poetic, and Sammy Davis Jr.’s performance here is fantastic.

Beat poetry meets funk, in the best of marriages, the bass line is fantastic, the arrangement creative, a very underrated song.

Port O’Brien- Love Me Through

Another great new band to watch out for with the members hailing from Alaska and California, the guitar work on here is great and a very beatle-esque melody.  Great rainy day song

The Beatles- Every Little Thing

People love to look back at the early years of The Beatles and criticize their simplicity, but sometimes simple is perfect (Lou Reed made a career out of it).  This song is very beautiful in its understatement, the harmonies are great the melody is sweet and you can just hear their youth, and the feeling is universal.

Jimi Hendrix- May This Be Love

As great as he was a guitarist, Jimi Hendrix was an equally excellent arranger and lyricist.  His flashy guitar work takes a backseat on this one and even without it, I rate this as one of his best songs.

She’s the One- Bruce Springsteen

No longer was he under the shadows of Bob Dylan and Van Morrison comparisons, he was on his own, and he exploded on to the scene with this album.  She’s the One doesn’t do alot to avoid his former comparisons though, it even adds a few new ones, his lyrics are as poetic as Dylans and his vocal performance is reminiscent of Morrison and Orbison and the guitar work, Bo Diddley.  But that great melody, and those hooks, and the heart, thats all his.

Robert Palmer wasn’t always the suave power rock guy his 80’s hits made him out to be, sure he always loved the suits, but in the 70’s he was funky and he had great taste.  Fine Time boasts the immortal James Jamerson on bass as well as a combined backing band of Little Feat and The Meters who were both great bands on their own.  The highlight of the track though is the intensity he puts into the vocal performance, he really feels the music and he drives the band in return with his powerful presence.

Keb’ Mo’s first record soungs so organic, if you closed your eyes you’d feel like he was just in front of you playing his acoustic guitar, he’s got a great voice to boot, an underrated essential to being a bluesman, and nice harmonica work as well.  A real sunny Sunday afternoon kind of song.

I don’t know any other artist who can emulate summer as well as G. Love can, and the arrangement and production values are great on this song as well.

Bob has a lot of well written songs, and this is among his best

Imagine that the Beach Boys came out in the last couple years, they would be this band, the similarities are unnerving.

The original demo before The Beatles put their production hands on it, the piano work is beautiful as well as his vocals, its almost as if you’ve got him playing the piano just for you and its really endearing.