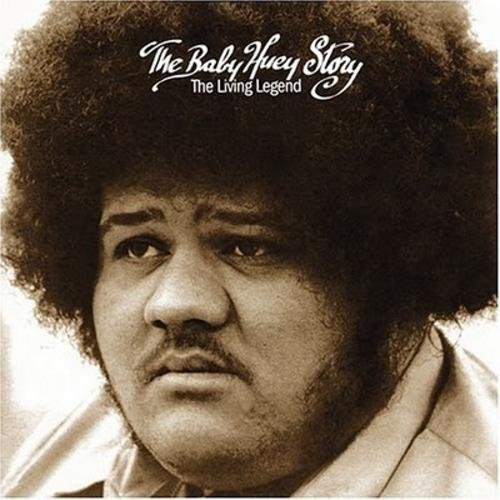 There are a lot of reasons that Sam Cooke is still remembered, but there was no finer moment in his songwriting career than “A Change Is Gonna Come”, a song that became a watershed moment for the Civil Rights Movement.  Inspired in part by Bob Dylan’s “Blowin’ In The Wind”, Cooke took to writing his own protest song, one that would be much more ambitious and striking.

END_OF_DOCUMENT_TOKEN_TO_BE_REPLACED

At the outset of the seventies, Curtis Mayfield became more than just the former co-leader of The Impressions with his first solo record Curtis, further cemented his success with Roots and would enter the soul and pop music stratosphere with Superfly.  But I consistently find myself going back to Curtis Live!, a record that largely came from a couple night performances in January 1971 at The Bitter End in New York City.

Perhaps it’s because this record is ostensibly his previous work’s polar opposite. Curtis Live! is remarkably lean and intimate, where the scope of Curtis and Roots were cinematic and lush affairs. In truth, Mayfield always possessed this melodic minimalism, hell, “Move On Up” is a treatise on the subject.  There are maybe a handful of great live soul records; Sam Cooke’s Live at the Harlem Square Club, Donny Hathaway’s Live and this one, and part of the magic of listening to this visceral cut of an Impressions song is just how well the band swings it. The band had maybe played together for two days before the time of the recording and they’re about as tight as any band might hope to be.

“Mighty Mighty (Spade and Whitey)” is a great introduction to the record, as the band works into the groove for the first thirty seconds before those backing vocals bring the song home.  Mayfield had written “Mighty Mighty” as social commentary in 1968, and he does a nice job integrating James Brown’s “Say It Loud – I’m Black and I’m Proud” in the middle of this version of the song. Also, those drums…that’s some serious pocket, and the drummer Tyrone McCullen deserves all the credit in the world.

Other favorites on this record are “We’re A Winner”, another reworked Impressions song, and “We’ve Only Just Begun”, which is a beautiful rendition of a Carpenters song.  I know, but Mayfield sings it with all the conviction in the world.

The end of summer always comes way too quickly for my liking but luckily for everyone summer puts its last gasp into Labor Day weekend, a weekend reserved for high school kids to deal with the after shock of being back at school and one last summer barbecue for family and friends together.  To celebrate I’ve put together a sweet soulful compilation of some of the best soul the fifties, sixties and seventies had to offer. Punchy, bright, supple and warm, these numbers will put a little kick into your afternoon and bring you into the night. Remember, all the tracks listed here are free (just right-click on the link and save target/link as), but please, if you like them, support the artists. The mix after the jump

END_OF_DOCUMENT_TOKEN_TO_BE_REPLACED

This weeks mix comes out as a mixtape should, i.e. its meant to be played in the order presented, treat it like its a CD, the tracks are in their order for a reason.  This one is yet another summer inspired mix with an eclectic range of musicians and styles, and toeing the line between both retro and modern, all the artists are great, and if you like them, support them.  And let me know what you think of the mix, leave me a comment.  But without further ado, your mix ladies and gents, after the jump.