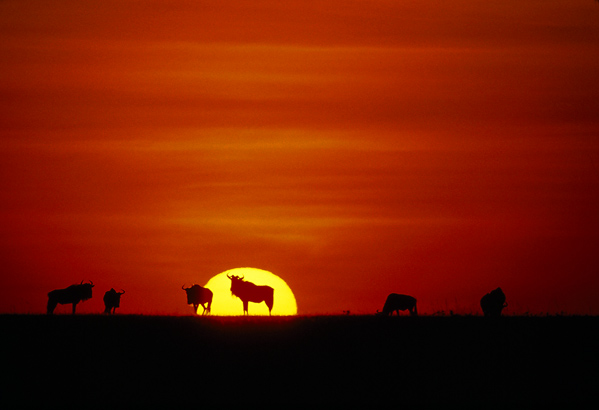 This week is more of an ode to my girl than a mixtape, going away for a month in the wilderness of Tanzania, a continent away without any means of communication. Featuring warm and wistful numbers from the likes of the Allman Brothers, Blake Mills, Frank Sinatra, Fruit Bats, The Shins, The Beatles, Velvet Underground, Dire Straits, James Taylor, The Band, The Kills, and Richie Havens.  This week also features great classics from Joe Jackson, Ryan Bingham, G. Love, Paul Simon as well as two great classic covers by Vetiver and The Derek Trucks Band.  Hope you enjoy, the mix after the jump

The first song that Dickey Betts would ever sing for The Allman Brothers, and arguably much better than “Ramblin Man”, Betts focuses his lyrical content on his new-found love, combining it with the beauty of nature.  As much as Melissa was an ode to the late Duane Allman (more on that later) so was Blue Sky, with a soaring elegy of a guitar line in his style throughout the whole song. A beautiful culmination of new love and remembering old.

2.  Is She Really Going Out With Him- Joe Jackson

Joe  Jackson burst into the New Wave scene with this song, a narrative worthy of Elvis Costello at his most cynical with the tale filled with both the hopes and fury of love, jealousy and admiration, surrounded by a catchy subdued melodic backdrop.

Is She Really Going Out With Him- Joe Jackson

3. Key to the Highway- The Derek Trucks Band

The legendary original basis for this recording was the fiery live version recorded by Derek & The Dominoes at the Filmore East, when Eric Clapton was at his most heartbroken and drug fueled, and his passion flowed through his guitar work.  Much more than any other modern guitarist, Derek Trucks is the heir apparent to this passionate guitar play and proves it through this cover which holds nothing back.

Key To The Highway- The Derek Trucks Band

“Peg” was so well conceived that its irregular chord structure and usage comes off as natural, and the rhythmic groove, the horn fueled hook, and wonderful guitar break make this song an instant classic.

Vetiver was one of my favorite bands of ’09 and they perform this cover exquisitely, the instrumentation and arrangement perfectly supplementing the lead vocal, sparse and organic, the simple backing is only more powerful with the pedal slide filling the space.

Yes, I’ve featured this song before, but Blake Mills first LP is finally coming out, and this song only goes to show what a great musician he is at the ripe old age of 23 with his dynamic guitar playing and his Lay Lady Lay era Dylanesque vocal and supreme narrative ability.

7. When U Love Somebody- Fruit Bats

Arguably one of the best songs of the 2000’s that hardly anyone has heard of.  Perfect instrumentation and vocals, combining the melodic with the sentimental in a way that only McCartney could beforehand.

When U Love Somebody- Fruit Bats

8. Dancing on the Ceiling- Frank Sinatra

There are certain songs where the mood of the lyrics and the instrumentation match perfectly.  This is one of them, Sinatra’s croon has never sounded more wistful and moody, combining sorrow and hope excellently with the twinkling and sleepy arrangement.

Dancing On The Ceiling- Frank Sinatra

John Lennon wasn’t The Beatle known for his narrative lyrics, but on this number he manages to combine a story with the personal feelings that are so often found in his work.  The backing arrangement is also in perfect sync, changing tempo in between the verses and choruses.  Simply one of the best early Beatle efforts.

No Reply- The Beatles

A more visceral Bob Dylan, a grittier Bruce Springsteen with hints of Wallflowers and hooks all around.

It was Adventureland that really made me love this song, they featured it perfectly and I began to understand just exactly how Velvet Underground had become so beloved, this ode to a love lost is as bare as it is lonesome, with beautiful understated rhythm guitar and simple percussion.

This cover is spot on in keeping the the mood of the original with an interesting change in instrumental feel, more of closing out a set at a bar kind of feel but still beautifully intimate.

Equal parts Velvet Underground and White Stripes, yet entirely able to stand on its own, a kind of tuck you in under the covers kind of tune.

15. Me and Julio Down By The Schoolyard- Paul Simon

A great song, and arguably featured in the greatest part of The Royal Tenenbaums with the elder playing around with his grandkids, which in essence is what this song is all about.  Going back to your youth while moving forward.

Me And Julio Down By The Schoolyard- Paul Simon

In the history of plays, stories, and music, only Shakespeare ever wrote something more poetic, romantic, and beautiful about Romeo and Juliet than Mark Knoplfer did on this song.

Not many would think that one of the best clavinet lines in all of rock in roll would be featured in a song by The Band, and despite the funky addition, they sound as organic as ever, combining the American South, alcoholism and folk narratives in a way only these four Canadians and one American could.

Up on Cripple Creek- The Band

Gregg Allman’s vocal performance on this is one of the most soulful performances on record, providing the harmony and lead melody by himself, while painting a perfect portrait of a Southern man down on his luck.

19. Carolina In My Mind- James Taylor

One of his first releases, coming in 1968 from Apple Records (The Record Label owned by the Beatles of which he was the only American) Carolina In My Mind is perhaps his finest effort in a long career.  Recorded during the time where The Beatles themselves were recording The White Album in the same studio, their presence is not only felt in the lyric “With a holy host of others standing ’round me” but in the backing vocals, guitar, and bass parts played none other by George Harrison and Paul McCartney.  An auspicious beginning indeed.

Carolina In My Mind- James Taylor

Richie Havens is mostly known as the man who opened Woodstock and for his open tunings.  However it should be no less well known that he is a great cover artist, and his aching vocal performance on this jazzed up cover of Bob Dylan’s finest ode to the fairer sex brings this cover into better than the original territory.

The harmonies on this as well as the dynamic of optimism and pessimism in the lyric, both of which would become trademarks of The Beatles sound are in fine form here as well as some fine acoustic backing instrumentation.

On “Melissa”, The Allman Brothers would drop their trademark bluesy intensity and adopted a more elegiac tone, turning a song about a wandering soul into a eulogy for their departed brother, Duane.  What makes the song so effective is that it maintains a hopeful tone even with Gregg Allman’s mournful croon, the instrumentation bare aside from Dickey Betts soaring guitar played with Duane’s trademark tone.

G. Love isn’t always the most consistent with his lyrical prose, but when it comes to bluesy numbers about lost loves he’s up to the task, and his taste for production and arrangements are in top notch, the upbeat hip-hop styled drumming and mellow organ tones provide perfect syncopation to the fiddle interludes and guitar fills.

The song, while attributed to the neo-soul artist Maxwell comes off as pure Marvin Gaye in the vocal delivery and timbre.  The lyrical content is a beautiful ode to the women he’s had in his life.

One thought on “Missing My Baby (Gone on A Tuesday Afternoon)”