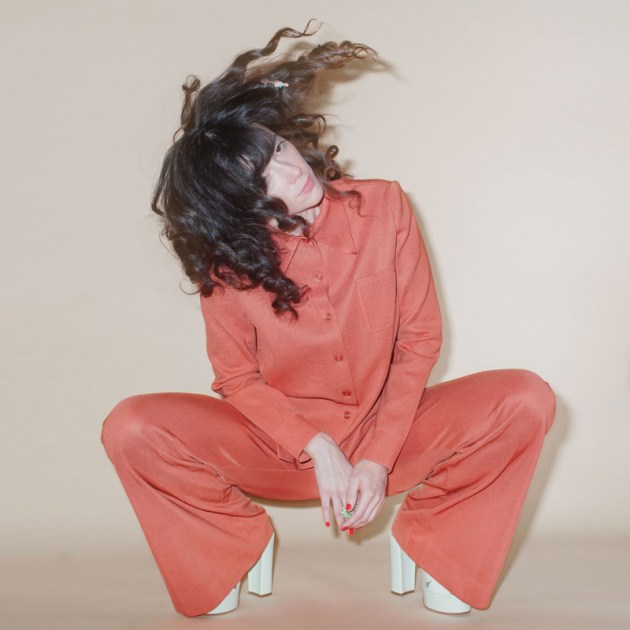 Natalie Prass switches gears on her first single from her upcoming LP, The Future and The Past

On an earlier edition of these pages I wrote about the incredible work that Matthew E. White had done with his debut record, Big Inner. Both his knack for rich analog production, and the wonderful house band at Spacebomb Records in Richmond, Virginia elevated the record into rarefied territory. The result was resplendent, with well-crafted songwriting polished by incredible detail.

It was no surprise then that White continued to do great work, taking a more pronounced role behind the boards  on the debut self-titled record from Natalie Prass, Natalie Prass. That record received a lot of high praise, with production that sounded like Randy Newman and Curtis Mayfield had produced Dusty in Memphis.

That was nearly three years ago, and its a testament to both Big Inner and Natalie Prass that they still hold up, with more details to unpack with every new listen. The Spacebomb Records crew continues to impress, especially on this latest cut from Natalie Prass’ upcoming record, “Short Court Style.”

This stylish 70s meets 90s rave-up is a different direction for Prass and the Spacebomb band, more reminiscent of Feist at her best in the early 00s and a good study in giving a song the time to develop into something beyond its initial framework. And yeah, that bass and guitar work is incredible.

The Future and The Past LP Preorder 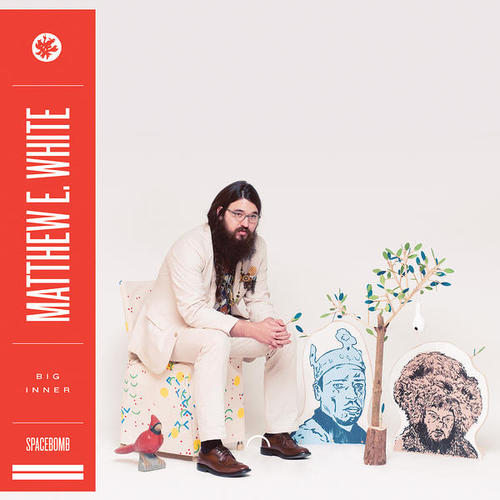 While a lot of precious music review word counts were wasted talking about the unique weird vibes of Grimes and DIIV and whatever fill-in-the-blank electronic gobbledegook artist Pitchfork was digging at the moment, talking about atypical amalgamations of “beautiful” noise that was humanity’s attempt at approximating what it would sound if two garbage compactors tried to have sex, Matthew E. White holed up in a studio in Virginia to make an equally parts secular and holy marriage of contradictions. The result is one of the most intriguing albums of the year.
*****************
Matthew E. White seems almost a mystical figure in the Information Age; there’s no detailed bio, only glimmers and shadows of what made the man.  Born in August of 1982 (gleaned from an official bio that notes his arrival into the world a decade after Randy Newman’s Sail Away ) as the youngest son of ostensibly a missionary family that split time between Manila and Virginia, White’s choice of a music scene, Richmond, VA, might seem at the very least, odd, but more precisely, inspired.  Though he got his start as an avant-garde jazzman with Fight The Big Bull, his archaic framework of the netherworld of the American South; of Randy Newman’s cynical take on the characteristic longing for the Southern Glory Days, Leonard Cohen’s sacred secular poetical fury and the celebratory, exclamation marks of horn charts that would fit snug on an Allen Toussaint record make Big Inner a mature, potent, and self-assured debut.

“One of These Days” sounds like Marvin Gaye had invited Matt Berninger to sing a deep cut on Let’s Get It On and at first impression, it’s a surprising choice for album opener. Starting off in media res, like an unfinished thought out of nowhere, the temp rolls at a slow pace, with White’s inimitable half baritone, half falsetto crown. The arrangement is bare in the beginning aside from a surprisingly nimble bass line, but White’s soundscape slowly starts to build into a surprising symphony; a hot-plate guitar line here, a string section there, a triumphant horn line, and some gorgeous harmonies, all slowly piecing the song together, as if the album is waking up right in front of you.

“Big Love"grooves with a percolating bass line and a fantastic jazzy piano hook that could have found a home on a Nina Simone album. It’s an arrangement that you want to stick around for as it bounces from "Tomorrow Never Knows” territory to a loose gospel-influenced call and response.

“Will You Love Me” brings White back down to an intimate level (the pleading, barely audible vocalizations that he throws at the end of each line would leave Marvin Gaye impressed) as the drums echo a funeral march. With a chorus that quotes Jimmy Cliff’s “Many Rivers to Cross”, White’s ability as an arranger is on full display with swooning string lines and rising horn charts, transforming the platitude of “darkness can’t drive out darkness, only love can do that” into the profound.

“Gone Away” is White’s ode to a cousin who passed away, a beautiful melody with an equally expressive arrangement, there’s a sense of somber propriety in the session, letting White’s words linger in the open space, and the interweaving of the choir and string section is heartbreakingly beautiful to match White’s unanswerable plea “Why are you living in heaven today?”
*****************
While there’s really no weak link on Big Inner, White saves his most powerful statement for last, “Brazos” a Southern infused epic tale of lovers, slaves who long to escape, finding powerful (and ironic) solace in Jesus. As White told eMusic:

Basically, it’s about an escaping slave couple. And the man is talking to the woman and trying to comfort her, as well as talking to himself about how shitty his situation is. He’s being introspective. I’ve tried to be as knowledgeable as I can about the civil rights movement — I think being from Virginia, you’re a little more aware of race relations to some degree. It’s just so easy to forget. We think of slavery as 300, 400 years ago, but Martin Luther King was killed in 1968, and that was not that long ago. All kinds of viciously racist behavior has happened and still happens. The tentacles are way longer than we think. As a kid who grew up in a white suburban family, I look back on pictures of, like, the food counter sit-ins, and white people are pouring ketchup and stuff on the protesters — just horrible, horrible shit. I just wanted an opportunity to be like, “Hey, if we can be more aware of this, maybe that will help a little bit.”

Part of what makes White so successful is the Spacebomb House Band, modeled on the in-house session bands of yore like The Funk Brothers and Booker T & The MG’s and Muscle Shoals. Spacebomb House Band is Pinson Chanselle (drums), Cameron Ralston (bass), Megafaun’s Phil Cook (choir arranger), and Trey Pollard (string arranger).  For all its polish, it’s endearing that White chooses to bring most of the outside efforts (string players and choir singers etc) from the Richmond area making the whole thing a down-home family affair.

It’s clear that White had many influences, though Randy Newman is the one he wears right on his sleeve with the mellow melancholy mood that drifts the listener through the album a la Sail Away. By no means an unpolished artist or performer, Matthew E. White sets the bar high on his debut album, and one that taps the secular/spiritual conundrum of the Information Age with spellbinding arrangements and music that not only meets the emotional depths of the lyrics, but extends it.  This is an album that whittles into your mind as much as it craves the open space emanating from your speakers.  There’s no undeserved bravado, no promotional gimmicks or visually dependant music videos, only the music. And we’re all the better for it.