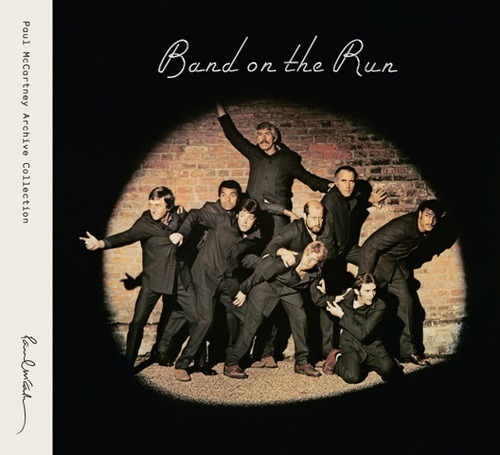 There’s a tremendous story behind Band on the Run, one I might try to tackle some other time, but it is one of the few classic albums where most only remember the obvious songs.  "Jet", “Let Me Roll It”, and the title track are bonafide rock and roll staples, and from a historical stance, Band on the Run marks the time where Paul McCartney became post-Beatle. This isn’t to say that the rest of the songs are maligned by bad quality (“Bluebird” notwithstanding) but rather they fit a templete of McCartney singularity rather than only the best whittled down byproducts of being in a group of four.

While Band on the Run would cement McCartney’s chops as a rocker, revisiting this album shows a surprising depth, there’s the jaunty tongue in cheek “Mrs. Vanderbilt”, a missive fired at both messieurs Lennon and Harrison, the vastly underrated and forgotten “Nineteen Hundred and Eighty Five”, African-lite pop ode to nature “Mamunia”, and then there’s “Piccaso’s Last Words (Drink To Me)”.

McCartney chalked up the inspiration from a good natured challenge by Dustin Hoffman.  Hoffman had been fascinated by McCartney’s innate ability, begging for insight or explanation as to how McCartney wrote a song. McCartney was at a loss for words to describe it other than jumping from a simple idea or phrase.  Hoffman then asked McCartney if he could write a song based on Pablo Picasso’s last words, “Drink to me, drink to my health, you know I can’t drink anymore”, a fact he had picked out of a recent article.  In Hoffman’s recollection, McCartney wrote the song’s entirety that very night.

Yet it’s not only the lyrics that make this song so unique and powerful in McCartney’s catalogue. In an era that was a deluge of “pop symphonies”, “Picasso’s Last Words (Drink to Me)” might well truly earn the title.  Starting out as a bare acoustic bar room elegy, the music elides through key changes, sound collages, and song callbacks; “Jet” and “Mrs. Vanderbilt”, in a mode very similar to where the Bee Gees would mine success a few years later.

It’s one of those few songs where the changes are so exotic and without warning that it remains a constant pleasure to listen to.  It’s not so much a medley as it is symphonic movements channeled through McCartney’s pop vernacular.  It would be a disservice to say it’s one of McCartney’s finest, as he’s written too many to narrow it down to a few, but it has all the touchstones of a McCartney masterpiece; a melody so catchy that you begin to hum along before the phrase is complete, the music ornately arranged yet deceivingly simple driven by McCartney’s inimitable lead vocal.

So next time you come across Band on the Run, make sure you don’t miss the deeper cuts for the singles, especially “Picasso’s Last Words (Drink To Me)”.

Picasso’s Last Words (Drink To Me)

Wild Life, Paul McCartney’s follow-up to Ram, and first LP with his new band Wings was a critical and commercial failure upon release. Much of the problem came from McCartney’s ill-advised decision to make it an impromptu album, inspired by a story of Bob Dylan cutting an album in three days.  Yet McCartney’s strengths are in well developed melodies and here there are a lot of cuts that were just trying to stretch the album into an album. One could however make the case that if there were EP’s at the time, you could have made a pretty decent one out of the material present. (It’s also important that you listen to these songs with good headphones or speakers, because those arrangements aren’t gonna stand out on just any laptop speakers, and it’s worth it)

“Wild Life” is one of the more polished numbers, a bruising, bluesy number that not so subtly alludes to the barely visible line between humanity and animality. McCartney’s musicality is on full display here, building from a simple acoustic number to a melody that’s brimming with tension. I’d love to see this used in Breaking Bad, I think it would work fantastically

“Love Is Strange” is a cover from 1956 by a little known R&B group called Mickey & Silvia but you’d hardly know it from the tickling Hawaiian-Afro-Cuban guitar lines that flicker about in the long instrumental introduction. For people who are so quick to lambaste Paul McCartney’s later group, they’d never know this was Wings.

“Tomorrow” is a number that could have found a home on the musical Annie. It’s pretty cheesy, but once again McCartney saves the number with some inventive arrangements, the backing vocals are especially effective here a la “Mr. Sandman” that act as a bridge in between verse and chorus.

“Little Woman Love” showcases McCartney’s boogie-woogie piano playing, and it’s a song that throws subtlety out the window, celebrating rock & roll in the biblical sense, despite its overt nature, it’s really fun.