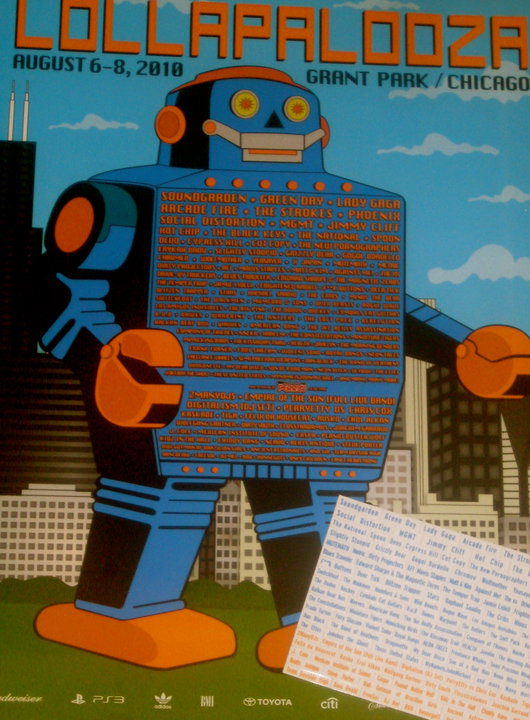 Art of the Mixtape welcomes back the guest feature Dancin’ With Dabrowski where John has taken the time to put together a playlist of the acts to watch at the festival this year, his playlist after the jump.

END_OF_DOCUMENT_TOKEN_TO_BE_REPLACED

The Start of Something

the warm somewhat unclearly recorded vocals only makes this song more endearing, and it does give you that warm feeling of starting to fall in love, euphoric.

Excellent transition from a reverbed opening into clanging chords, great guitar and drum work on here and just goes to show the bands ability to stretch their style.

Yet another variation and undeniably catchy

This song stands up to some of Spoons best, great build, great arrangment, simple and beautiful

The xx is a very intriguing band in the way they develop their songs, arrangements play a huge role in what makes them good, and the dual female and male lead singers only help their cause

theres a lot of space in the arrangement as the title might suggest, and the harmony betweeen Oliver Sim and Romy Madley Croft is sublime.  Croft has a beautiful achy voice that just cuts right into you

Ever wonder what it would sound like if Thom Yorke had a female counterpart to sing with in Radiohead, I do, and this gives you a little glimpse.

It’s amazing they manage to take drum loops and make them sound like they fit nowhere else but in their songs, and this is a great duet

Coconut Records is the brainchild of actor Jason Schwartzman, yes that actor who played that annoying kid in Rushmore and is also known for playing drums for ‘that band that played the theme song to The O.C.‘ (Phantom Planet). Don’t let that dissuade you though, Schwartzman has a knack for crafting pop melodies, and he plays all the instruments on the record as well.  Think of  Elliot Smith except more upbeat.  Schwartzman fully deserves to be recognized as a musician and an actor, not an actor/musician, because there is a difference.

Off of Davy, his latest release, this song mocks his fame as a musician, and its got a great melody to boot

Somehow Schwartzman came upon the perfect meld of sound between his voice, guitar and piano, sure the arrangement is nothing groundbreaking but it sounds fresh in his hands

Off of his first album Nighttiming, everything about this song is perfect from the synthesizer to the organic backing instruments to his beautiful background harmonies.